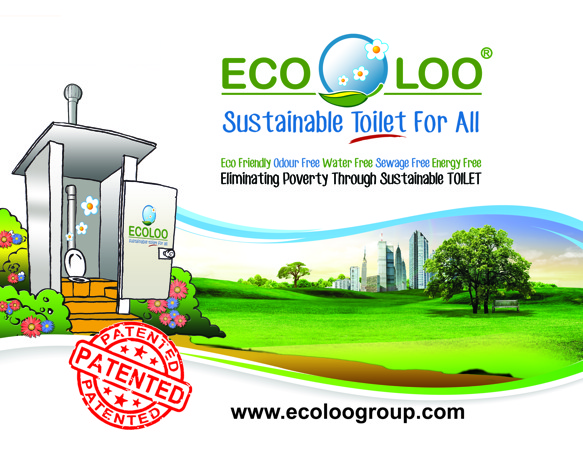 As essential as they are, over 2 billion people in the world lack access to basic sanitation facilities such as toilets or latrines. Out of these, up to 892 million still defecate in open places such as in street gutters, behind bushes or into open bodies of water.

Poor sanitation is linked to transmission of diseases such as cholera, diarrhoea, dysentery, hepatitis A, typhoid, polio and exacerbates stunting. It reduces human well-being, social and economic development due to impacts such as anxiety, risk of sexual assault, and lost educational opportunities. It is also linked to higher under-five mortality, malnutrition and poverty.

Sustainable Development Goal target 6.2 calls for adequate and equitable sanitation for all. The target is tracked with the indicator of “safely managed sanitation services” – use of an improved type of sanitation facility that is not shared with other households and from which the excreta produced are either safely treated in situ, or transported and treated off-site.

Ecoloo – a toilet to tackle the sanitation challenge

In 2012, Imad Agi from Sweden and Zuraina Zaharin from Malaysia got together to build a waterless toilet system that turns human waste into fertilizer without the harmful germs that can cause sickness if used in agriculture — ideal for organic farming.

The toilet works by adding a microbe solution to the waste chamber. The microbes break down human solids, normally in three to four days, leaving behind “ashes,” while liquid waste is turned into liquid fertilizer, which can be extracted via an outlet. EcoLoo recommends the microbe solution is topped up once a month and costs $60 for a year’s supply.

EcoLoo claims to be less energy-intensive than a regular toilet because there’s no wastewater to separate and process. It also does not smell because the bacterial process prevents bad odours from building in the tank.

Globally, we’re using 141 billion litres of fresh water every day to flush toilets. This is six times the daily water consumption of the population of Africa according to a recent study.

The toilet has won a number of awards and sold over 2,000 units in 21 countries. Notable examples include units installed at Petra, the UNESCO World Heritage Site in Jordan.

EcoLoo could also potentially play a role in disaster relief efforts when sanitation issues, often related to contaminated water supplies, cause diseases to spread rapidly. Although there are other waterless toilets available in the market, the company believes its low-energy product could have wide appeal.

How affordable is it?

The Ecoloo is not exactly cheap – the toilet range is priced between $800-$2,500. It also requires the additional $60 for a year’s supply of the microbe solution.

This is why the UN has called for international efforts to help countries to provide safe, clean, accessible and affordable drinking water and sanitation to enable some of the world′s poorest and vulnerable communities have access to basic sanitation facilities.

According to estimates, about 827,000 people in low- and middle-income countries die as a result of inadequate water, sanitation, and hygiene each year, representing 60% of total diarrhoeal deaths. Poor sanitation is believed to be the main cause in some 432,000 of these deaths.

Diarrhoea remains a major killer but is largely preventable. Better water, sanitation, and hygiene could prevent the deaths of 297,000 children aged under 5 years each year.

Benefits of improved sanitation extend well beyond reducing the risk of diarrhoea. These include:

Open defecation perpetuates a vicious cycle of disease and poverty. The countries where open defection is most widespread have the highest number of deaths of children aged under 5 years as well as the highest levels of malnutrition and poverty, and big disparities of wealth.

A WHO study in 2012 calculated that for every US$ 1.00 invested in sanitation, there was a return of US$ 5.50 in lower health costs, more productivity, and fewer premature deaths.

The world is in desperate need of innovative and sustainable ideas like Ecoloo that can help to address our water and sanitation challenges. Equally important are cost-effective and scalable products that can be deployed to the most remote parts of the globe. Do you agree?