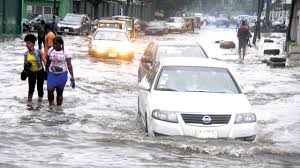 Once again, the Nigeria Hydrological Services Agency (NIHSA) has issued a formal warning and raised alarm of imminent flooding in about 35 (out of 36) states in Nigeria, in its 2017 Annual Flood Outlook. The flooding is expected to spread across and affect many local government areas across the country.

Over the years, the number of people who are vulnerable to devastating floods is on the increase as a result of increasing urbanization, growing population, improper waste disposal, inadequate drainage facilities and obstruction of waterways amongst others. 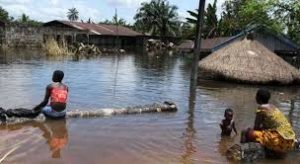 Flooding is Nigeria is usually caused by a combination of heavy downpour, ocean surge or release of water from dams. It is an annual problem and a major threat especially to communities along the coastal areas and river banks. In 2013, Nigeria experienced devastating floods when 24 states were submerged following the release discharge of water from Cameroons’s Lagbo dam.  Communities within the Niger-Benue rivers catchment areas were mostly affected resulting in damage to farmlands, massive displacement of persons and destruction of property worth millions of naira. The two countries have since made an agreement to ensure that Cameroon provides early warning notice to Nigeria before the release of water to enable proactive and mitigation measures to avert disaster. 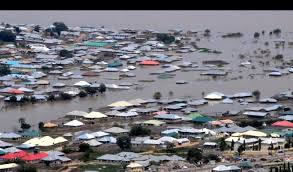 Considering the relatively high risk of flood across the nation and on an annual basis, it is essential to provide timely and effective natural disaster management. Measures to be provided include: 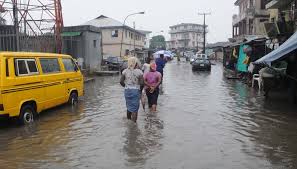 As I publish this piece, flooding has already been recorded in Nigeria’s most populous city Lagos, the oil rich city of Port-harcourt and Aba – the nation’s industrial hub, with losses and damages worth millions of naira. So as we brace-up for the rest of the rainy season, it’s time to take an inventory of our readiness to withstand the possibility of flooding and ask, like the Biblical flood in the days of Noah, ‘Will we be found safely inside, or vulnerable and outside the Ark?’