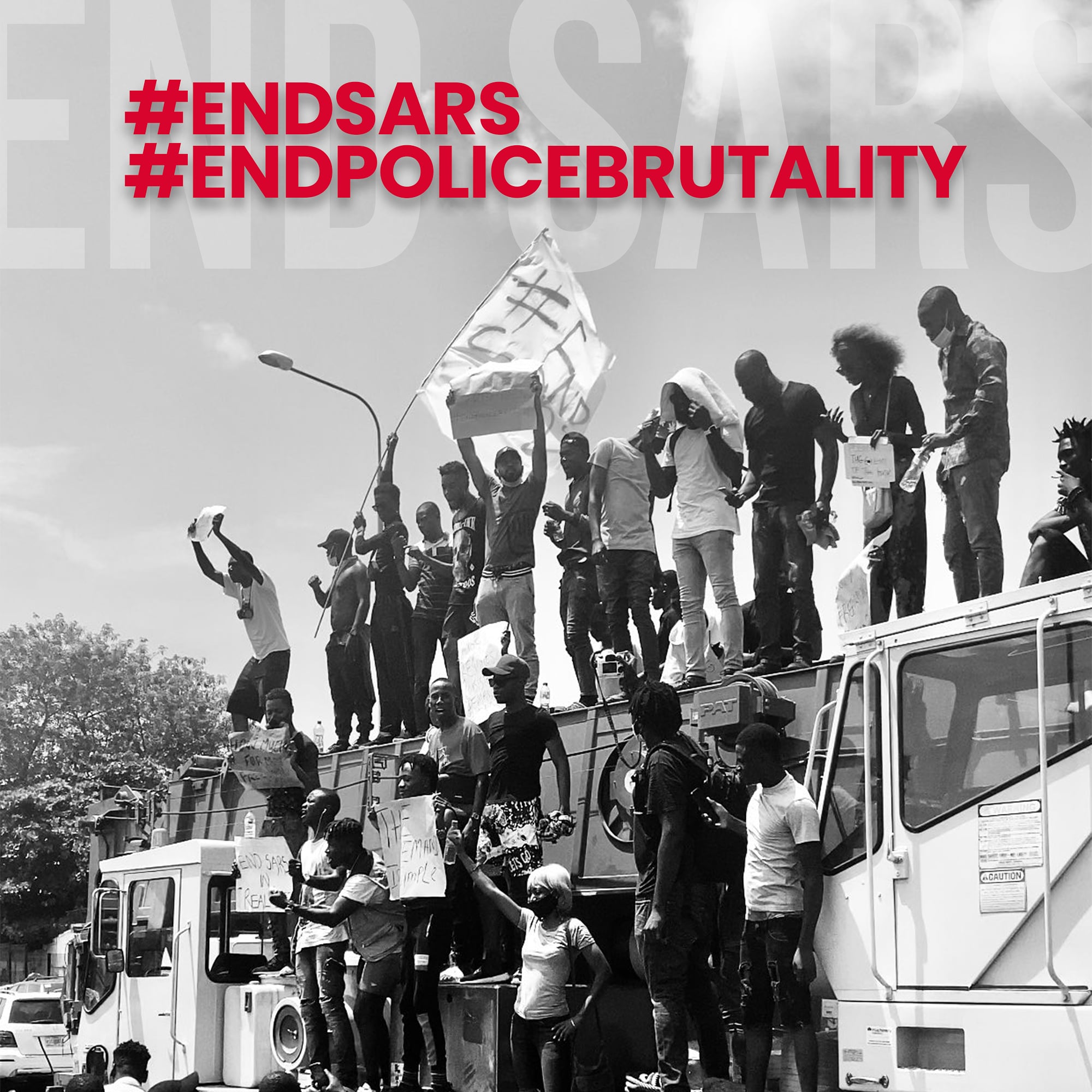 For the past few days, Nigeria has been awakening! Young people have been on the streets especially in major cities like Lagos, Abuja and Port-Harcourt.

The Special Anti-Robbery Squad (SARS) of the Nigerian police whose gross abuses of power are the proximate cause of the unrest under the hashtag #EndSARS. However, although police brutality is at the top of the agitation, the anger and frustration of Nigeria youths are deeper and far-reaching.

The protests are led by young Nigerians who are fed up and tired of the brutality and injustices perpetrated by officers of SARS and the entire Nigeria Police Force. Many Nigerians have experienced first-hand the crude and inhumane manner SARS and other Police officers deal with citizens of the country.

The cries of the people protesting against the brutality of SARS that manifests in extra-judicial killings, unlawful arrests, profiling of youths as criminals, the invasion of their privacy by searching their phones and laptops without warrant or any just cause, the incarceration of many youths without trial as well as the cold-blooded murder of youths, are all cries of justice.

It is therefore no surprise that officers of the Nigerian Police have to pay and bribe their way into this rogue youth. This partly explains their desperation to recover the money spent and profit from the unit as fast as possible. It is not helpful that these officers are well armed in an institution that demands little accountability.

SARS has now become a metaphor for the inefficiencies, corruption and other failures of the elites and political class. The #EndSARS protest is simply a microcosm of the fundamental problems in this country. The sheer audacity and impunity with which SARS officials have been operating are a manifestation of the failing state of Nigeria. Nigeria is faced with a bigger problem than SARS – the entrenched institutional cultural problem that breeds violence, brutality, repression and corruption.

Although the IG of Police announced the scrapping of SARS on the 11th October 2020, the force hastily rushed to announce its replacement SWAT just 2 days after. However, after several failed promises in the past, Nigerian Youths are insisting on action and have refused to back out.

One of the hallmarks of the protest are the unprecedented levels of organization, peacefulness and coordination among the core protesters.

Within 6 days of protests, Nigeria youths achieved the following:

Perhaps even more interesting is the manner in which the protesters ensured the cleanliness of the environment where the protests were held. Each day, volunteers participated in picking up waste and cleaning the streets. Talk about an environment-friendly protest!

More than a protest

#EndSARS is also a cry for justice for all victims of SARS and police brutality, and a call for prosecution of all those responsible for crimes against humanity and their superiors under which their heinous atrocities were committed against innocent Nigerians.

The protest is also a demand for better treatment and review of the welfare of Police officers who have been badly deprived by the same system.

The #EndSARS protest presents an invaluable opportunity to reset the nation and turn things around. This is a good time to renegotiate this union called Nigeria through restructuring.

We are the change!