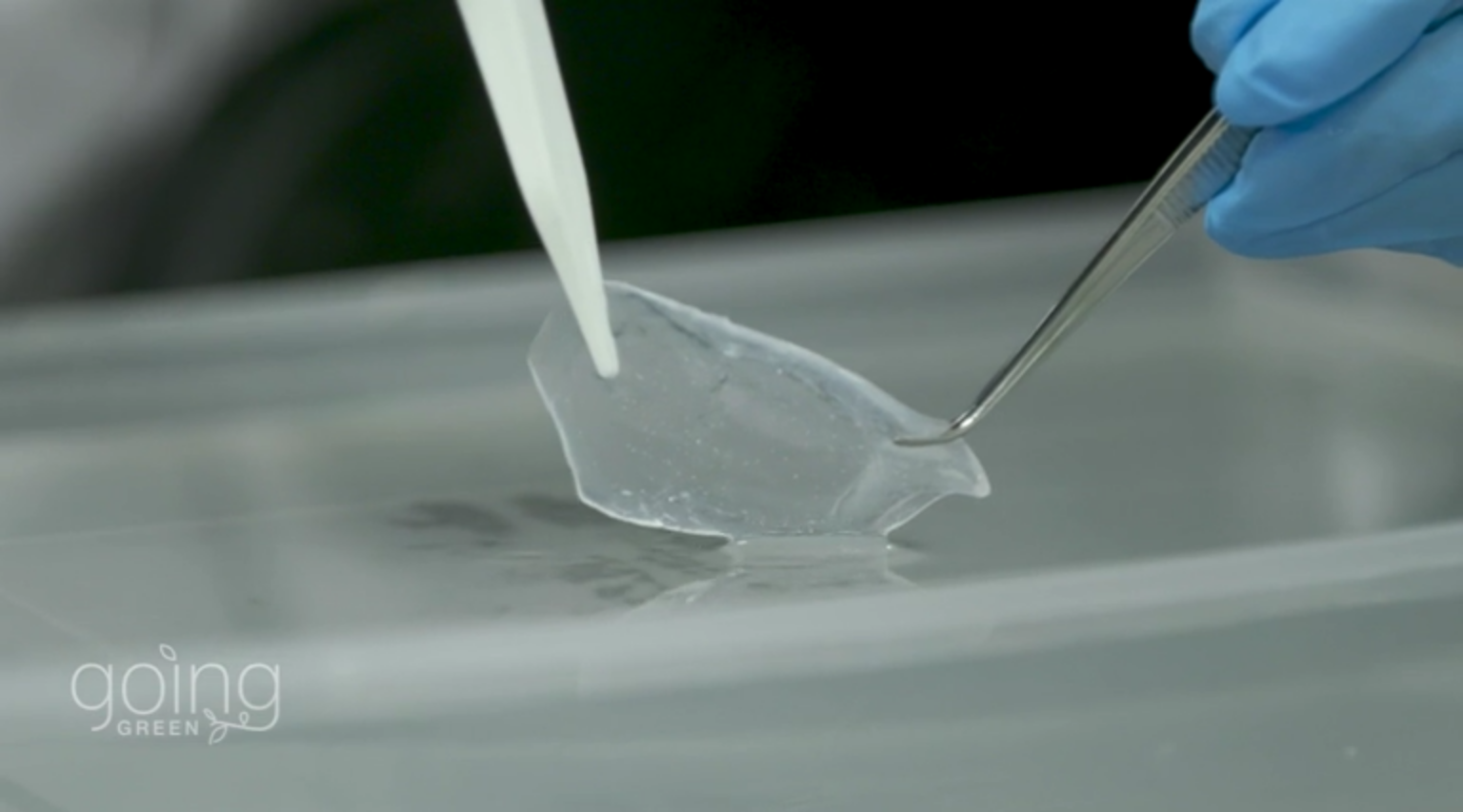 A lot has been said concerning the massive pollution and threat that plastic causes to human and marine life, and to the environment as a whole. There is therefore a strong case for alternatives that are biodegradable and healthier for our world.

Traditional alternatives include glass and paper, but plastic remains popular for their strength and durability. An ideal alternative therefore should be able to offer the appeals of plastic without its negative health and environmental impacts.

Soybeans are a popular staple in Asian diet used to make tofu, miso soup and soy milk for hundred of years. But now, scientists have found a new use for it.

A professor of food science and technology at Singapore’s Nanyang Technological University, William Chen has invented a biodegradable food wrap using cellulose from soybean waste. This method does not pose a threat to food security because it extracts cellulose only from the waste generated by soybean product manufacturers.

Typically, soybeans are crushed to squeeze out juice that’s used to make bean curd and soy milk. The leftover, a porridge-like residue is usually dumped. That is where Professor Chen comes in. He takes the mushy leftovers and puts them through a fermentation process. Microbes gobble up the nutrients, leaving behind cellulose, a form of fibre.

Although other cellulose-based wraps have been on the market for a few years, most are made from wood or corn which are cultivated for that purpose. However, his soybean wrap is made only from a waste product, so it doesn’t compete with edible crops for land or threaten food security, making it more sustainable.

Chen’s technology could help to solve two problems at once: cutting plastic production and reducing the amount of food waste deposited in landfill.

According to Chen, the amount of food waste generated in Singapore every year can fill up 15,000 Olympic-sized swimming pools. Also, because soy products are so popular in Singapore, 30 tons of soybean residue is produced there every day.

F&N, a soy-based drinks producer, has partnered with Chen’s lab and provides the soybean residue, straight from the factory. The company is conducting a feasibility study to assess whether the foodwrap could compete, commercially, with conventional products, says Chen.

Scalability is sometimes an issue with bioplastics as they are typically more expensive to produce than their petrochemical counterparts. The soy-based wrap costs “almost nothing” to make in the lab, says Chen, because the raw materials are obtained free of charge. Commercial scale production would involve additional expenses, such as storage and quality control, however and they are yet to calculate those costs.

Soybeans are not the only natural product he’s turning into bioplastic. Chen has also developed a method to transform the cellulose-rich husks of the durian, a notoriously smelly tropical fruit, into plastic wrap. Despite the fruit’s controversial odour, Singaporeans consume 12 million durians a year so there is an ample supply of discarded husks.

Biodegradability is another potential hurdle for bioplastics. Some bioplastics breakdown fully only when exposed to temperatures exceeding 50 degrees Celsius for prolonged periods. Concerns have been raised that if bioplastics are not disposed of in special facilities, they could add to the plastic pollution problem.

However, Chen says his soybean-based plastic wrap is digested by microbes and disappears completely within a month when disposed of in general household waste, without the need for heat.

Chen is not the only inventor seeking to replace plastic with biodegradable alternatives. Other innovative products include MarinaTex, a plastic film made from fish waste that’s suited to making sandwich bags; sequins made from plant matter; and drinks containers and sachets made from seaweed.

Chen says he hopes neighbouring soy-loving countries will be inspired by Singapore and adopt his innovation.

“My dream is that our technology, which is cheap and simple to implement, will cut plastic and food waste and create a cleaner environment.”

What plastic alternatives are you embracing?