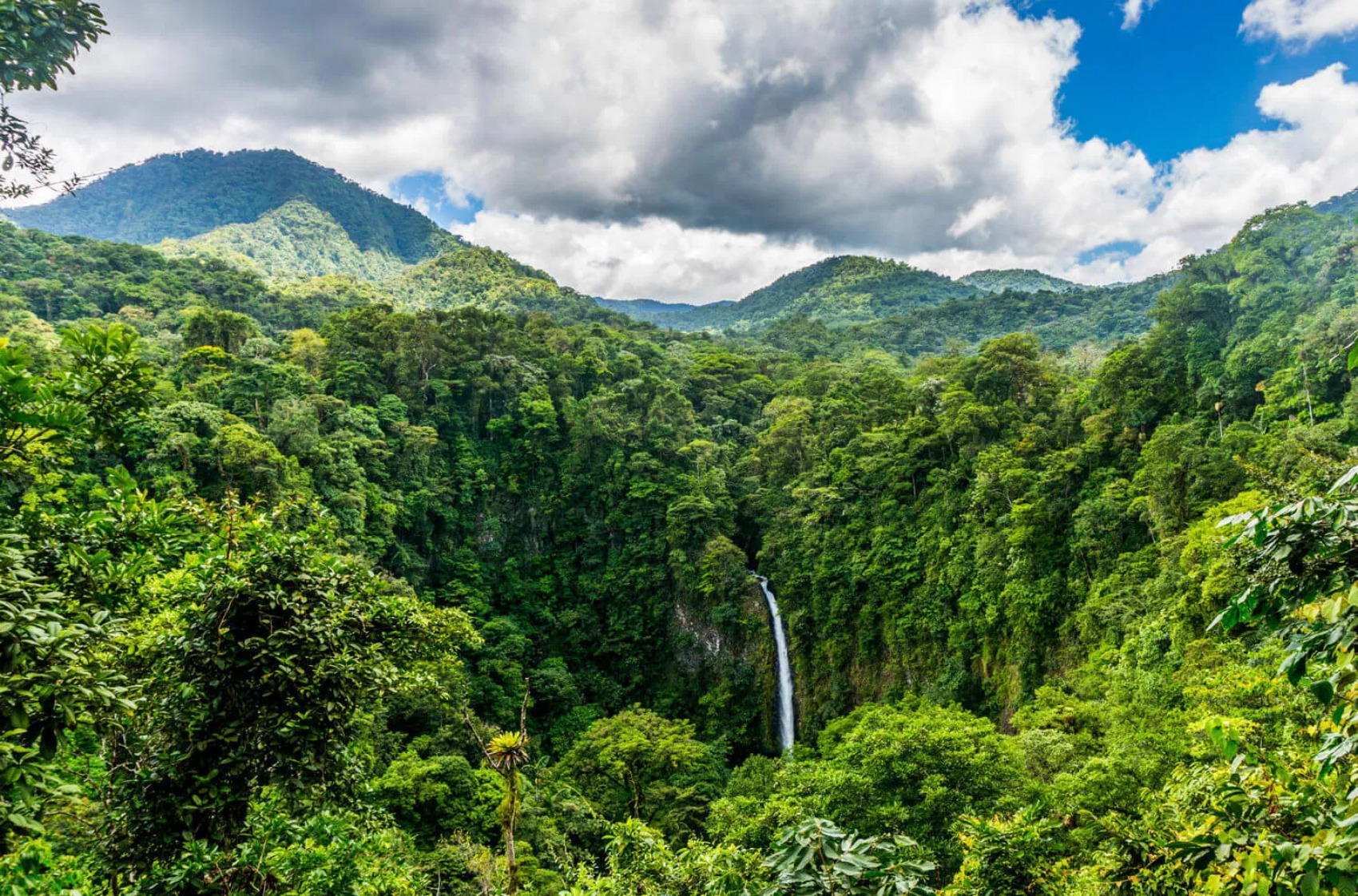 By the early 1980s, only 26% of Costa Rica had forest cover. Like other countries in Latin America, uncontrolled logging for agriculture and livestock production – especially cattle – had led to severe deforestation.

This is a far cry from Costa Rica in the 1940s, when more than three-quarters of the country was covered in tropical rainforests and native woodlands, according to United Nations University. Towards the middle of the 20th century, indigenous woodland – predominantly tropical rainforest – covered all but a quarter of the country serving as the the habitats of indigenous creatures such as the golden toad and poison dart frog.

Forests are important on our planet because they provide a natural solution for removing carbon from the atmosphere by absorbing and storing carbon emissions caused by human activity, like burning fossil fuels, which include coal, natural gas and oil. Old growth, or “primary” tropical rainforests, are especially important because the trees can be hundreds or even thousands of years old and store more carbon than other forests and are irreplaceable when it comes to sustaining biodiversity.

Tropical rainforests also harbour unknown quantities of natural resources that could be used to develop pharmaceuticals and natural medicines.

In the past 40 years, global biodiversity has fallen by as much as 68%. Last year, the tropics lost 12 million hectares of tree cover. Of the greatest concern is the disappearance of 3.6 million hectares of primary rainforest, equivalent to an area the size of Belgium. These figures, released on Global Forest Watch, show the fourth-highest annual loss since record-keeping began in 2001.

HOW COSTA RICA DID IT

In 1997, Costa Rica introduced an innovative carbon tax to deter the use of fossil fuels. The tax raises about $265 million each year which is then funneled into the National Forest Fund. This fund uses nature-based solutions to preserve 1 million hectares of mature forest and another 71,000 hectares under reforestation.

This has transformed Costa Rica into a case study on the benefits of putting nature at the heart of the economy. The country’s leaders reassessed what kind of future they wanted and completely reversed policies and focus to protect the environment and natural resources.

Between 1997 and 2000, Costa Rica began to implement their first phase of incentives for environmental services, aimed towards greenhouse gas mitigation, watershed protection, biodiversity conservation, and scenic landscape preservation. The Ecosystem Services Payment Program (PSE) was created in 1997 to encourage private landowners to restore and protect forests, which would enable biodiversity preservation, the sequestration and storage of carbon, and the protection of water and scenic beauty.

Today, privately-owned protected areas in Costa Rica make up a significant portion of the overall protected area network in the country, according to the National System of Conservation Areas (“Sistema Nacional de Areas de Conservacion” or SINAC). The fund offered landowners per-acre financial incentives to conserve their land and prevent it from degrading, which led to improved land management and reforestation.

After decades of deforestation, Costa Rica is one of the very few countries in the world that has more than doubled its forest cover during the past 30 years. By 2019, half of the country’s land surface was covered with trees, which are able to absorb a huge amount of carbon dioxide from the atmosphere.

The country is also actively pursuing its promise, made by former President Oscar Arias in 2007, to be carbon neutral by the bicentenary of its independence from Spain in 2021. Costa Rica was a leader in the adoption of the Paris Agreement, led by Costa Rican diplomat Christiana Figueres who was Executive Secretary of the UN Framework Convention on Climate Change.

By 2015, Costa Rica generated 99% of its electricity from renewable sources (80% from hydropower and 11.5% from wind generation). Over the past four years, the country has operated nearly 100% on renewable energy (hydropower, geothermal, wind generation, biomass, and solar power), even up to 300 days in a calendar year! These steps have gained enormous publicity globally for Costa Rica.

Presently, around half of the nation’s GDP is linked to tourism. The country is home to thriving ecotourism and adventure tourism industries, which rely on healthy rainforests.

HOW CAN YOU & YOUR COUNTRY DO IT?

Nature-based solutions harness the power of nature to protect ecosystems and increase economic and social resilience. They are cost-effective ways to combat climate change and could provide one-third of the CO2 mitigation needed by 2030 to limit global warming to below 20C. Climate change has increased the frequency of natural disasters, such as fires and extreme weather events, in recent years, which has accelerated deforestation in some parts of the world.

Trees provide a natural means of curbing global warming and more needs to be done to prevent deforestation around the globe. Costa Rica’s experience could provide a model of how to reverse declining canopy cover for other nations to follow.

By investing in innovative programs like carbon taxes, controlling logging and encouraging massive reforestation, we can all contribute to halting the climate emergency and protecting the only home we have, the Earth.