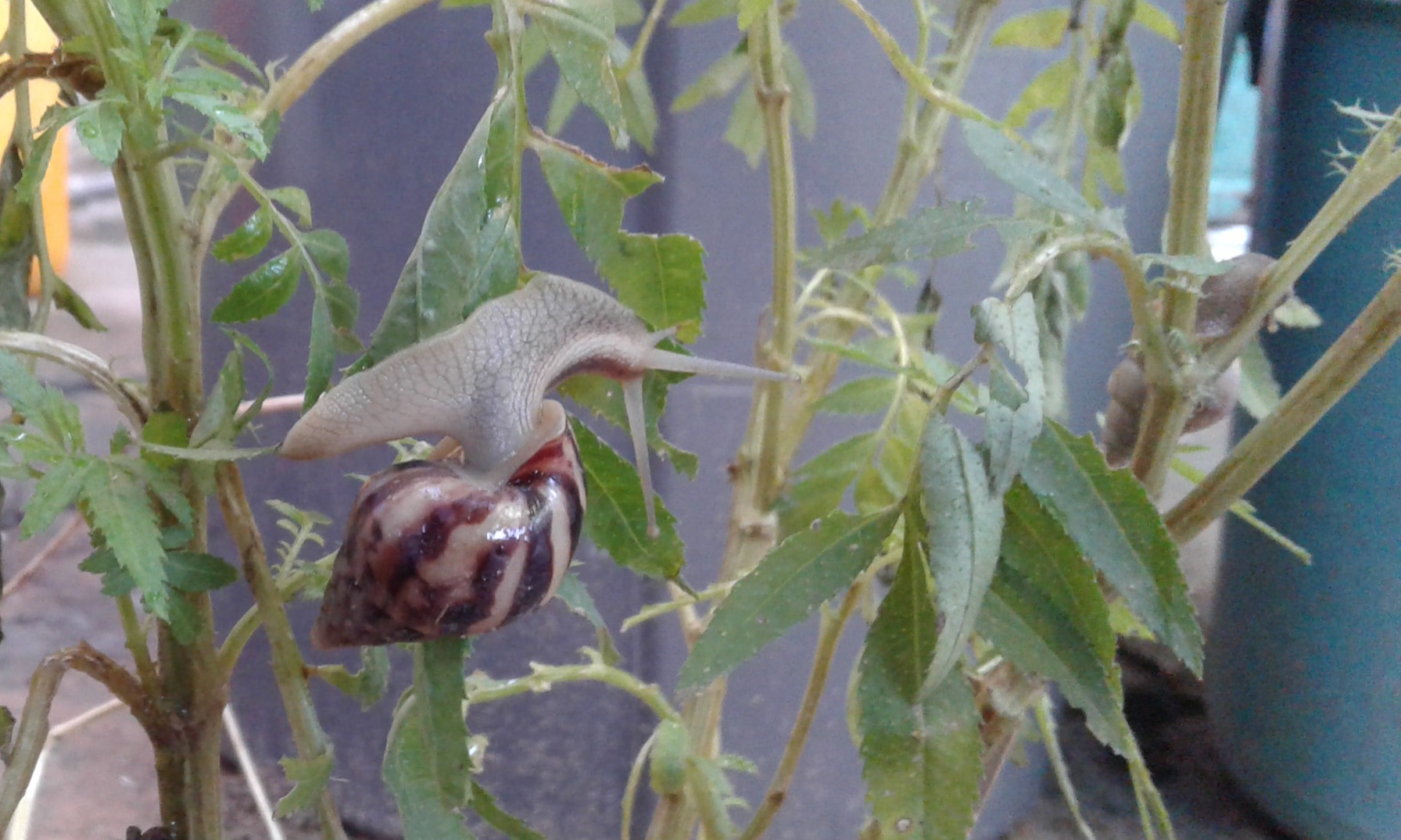 Throughout the rainy season, there are snails everywhere. Literally, everywhere around our home. For a person who spent most of her childhood in the city, I am always fascinated by their abundance and diversity. Snails on trees, walls, doors, plastic containers…you get my point. I just cant help but adore the way they seem to ignore everything and everyone else as they go about their life of adventure.

My mum wasn’t too pleased however. She blames them for doing damage to her garden. At one point, I saw one in her bedroom. I think it came in with some laundry.

So, naturally, I thought it would only be fair to do a piece on these lovely creatures. Besides I really want to share some snail-photos I took along the way.

Popularly known for their lack of speed, here are some other facts about snails:

So next time you come across these lovely creatures, remember how fascinating they are!